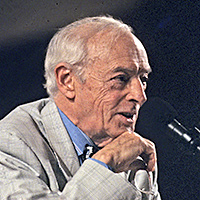 “Was I a man or a jerk?” Saul Bellow [inset photo] asked a longtime friend shortly before the world-famous novelist, who was married five times, died in 2005. English literature professor Ann Weinstein, an acknowledged “Bellowphile”, answers that question in spades after reviewing Greg Bellow’s enlightening 2013 book, Saul Bellow’s Heart: A Son’s Memoir, and sharing with readers insights gleaned from 40 years of study and her own very unusual relationship with the Montreal-born, Chicago-raised novelist, considered one of the literary giants of the 20th century.

['Dear Mrs. Weinstein, Why must you complicate my life?' See June 25, 2013 Notes From The Editor.]
BUY THIS STORY
Click to email this teaser to a Friend