Daphne Lavers is a Toronto-based freelancer whose journalism career has moved from newspaper reporter/photographer to editor of motorcycle trade and rider magazines to editorial positions with communications and technology publications. Her focus has included space sciences research and communications.

Shortly after being born in Montreal, Daphne returned with her prairie-born parents to the West, where she spent her early years in Medicine Hat, Alberta.

Her father was a trained opera singer, classical pianist, conductor, and broadcaster, as well as a businessman in the western grain, oil and gas industries. Her mother was an artist, poet, radio and television broadcaster, and social services worker. All four of her grandparents held postgraduate degrees at the MA and PhD levels.

Daphne completed her B.A. at the University of Waterloo in psychology with a secondary focus on political science; a diploma in journalism at Conestoga College; and a Master of Journalism at Carleton University.

Much of her journalism and communications writing focuses on technology. She has worked with astrophysicists who resolved initial problems with the Hubble Space Telescope; watched a rare nighttime Space Shuttle launch and walked across the face of Canada’s largest satellite tracking antenna, the 150-foot Algonquin Radio Observatory.

An affinity for scientists

One of her favourite memories is sitting around a wilderness campfire with space scientists from around the world, all of whom immediately knew the answer to the question, “What is the meaning of life?” The answer, known to aficionados of The Hitchhiker’s Guide to the Galaxy, is, of course, 42.

A youthful interest in motorcycles led her, foolishly, to set out alone from Toronto destined for Alberta. Boarding the Manitoulin Ferry, Daphne's motorcycle was secured beside that of an outlaw biker; with an hours-long ferry ride and only one road across Manitoulin Island, Daphne ended up riding unwillingly and cautiously with the outlaw biker.

Both crashed their bikes in the gravelly wilds of northern Ontario. Bruised and somewhat battered, they parted company in Thunder Bay, where the outlaw biker sought out the local gang for repairs.

Daphne continued alone on to Alberta. But that is another story! 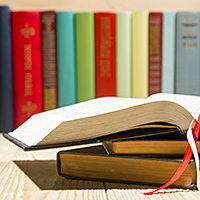 Memories of a special friendship are stoked by literary treasures

When freelance writer Natalie Edwards passed away, she was remembered by close friends as a funny, beautiful lady with limitless energy, a self-deprecating sense of humour and finely honed artistic instincts coupled with a love of nature. Now one of her closest confidantes relates how Natalie hid favorite books with inscriptions around the house as she shares with readers her memories of a friendship that continues to surpass earthly boundaries.

An intrepid, cool granny opts to get inked!

Shopping for fabric in the garment district seemed like a normal grandmotherly activity, but Natalie forgot it was Easter Monday. After parking Bucky the Buick, she strolled past two closed fabric stores and then saw the tattoo parlor, its door wide open. Perhaps now was the time to have the recycling symbol of three green arrows tattooed on her shoulder to remind the world that when she died she wished to donate her organs to save lives? She steeled her nerve and crossed the threshold, likely the oldest person to ever get tattooed for such an altruistic cause. This is her first-person story. 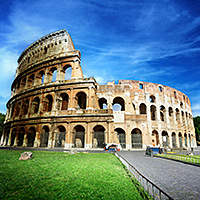 Beyond the famous sights of Rome: unusual Canadian guide & his tours

You have to figure that a professional who goes only by his first name and is fully booked must be good at what he does. So it was that my husband and I were referred to Garth, a Canadian artist, historian and tour guide living and working in the Eternal City for the last three decades. We stayed at his Home-in-Rome and partook of hidden treasures through his keen eye, knowledge and experience. To paraphrase the Star Trek mission statement: Garth boldly took us where few tourists have gone before! 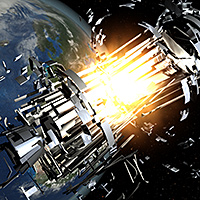 Space junk collisions threaten our way of life with catastrophe

A massive, three-dimensional debris cloud encircles our Earth, posing a danger to everything in orbit, including satellites, the Global Positioning System and astronauts. Future launches involving space travel are jeopardized by the risk of collisions, which are happening with greater frequency. Join us on a journey stretching back four decades, explaining how the problem grew so dire and how space scientists are now dealing with this threat to human life, which includes the unexpected launch of a rogue rocket by North Korea on December 12, 2012. 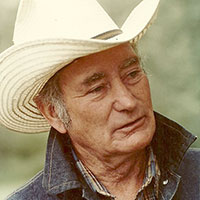 Tom Lynch was tall, lean — rangy some might say — in faded blue jeans and shirt, a cowboy hat that shaded his eyes, and beat-up old cowboy boots that had been set into a lot of stirrups. The first time I saw him, he was doing just what the country songs say real cowboys do. He was out mending fences…. Join us for a trail ride with the “cowboy poet” of the TL Bar Ranch.

BUY THIS STORY
Click to email this teaser to a Friend